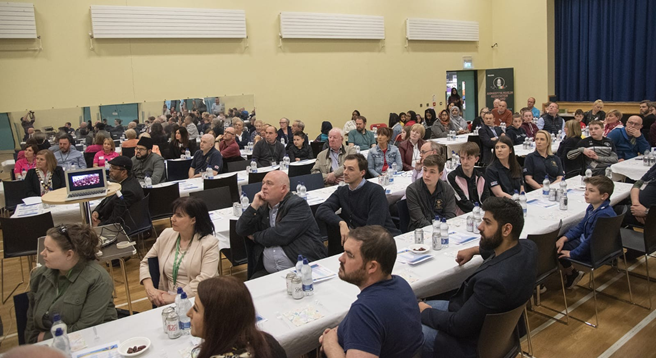 The programme started with recitation of Holy Quran which was done by Muhammad Moazzam Sb, followed by its English translation by Dr Taha Naseer sb.

The National President of Ahmadiyya Muslim Association Ireland, Dr Anwar Malik Sb, gave a welcome address, who thanked the guests who had taken special effort to attend the event.

The Chief guest of the event was Chair( Mayor) of Fermanagh and Omagh Dis- trict Council Cllr Siobhan Currie. Taking at the event Cllr Currie applauded the work of Ahmadiyya Muslim community and said that she is deeply impressed by the charitable work the community is involved in. She further said holding such events is very important as its create better understanding of different cultures and religion and so diversity celebrated that promote peaceful coexistence.

The Magrib Adhan was given by Muhammad Moazzam Sb .

The event was very well attended from different backgrounds, cultures, ethnicit- ies and religions. By Grace of almighty allah it was a huge success.

Total  attendance at the event were 107.    Out of them 91 Non Ahmadi guests attended the event. 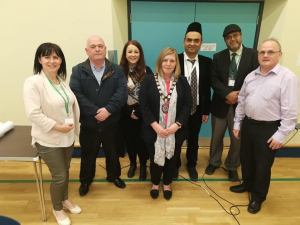 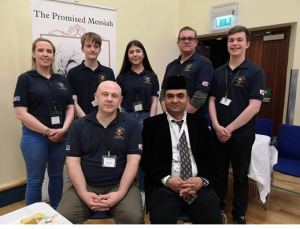 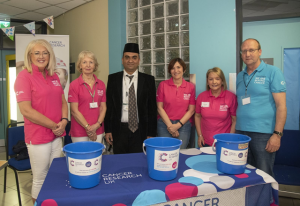 Among some notables were

Food was served at the end of event

People loved the event and praised the good work done by Ahmadiyya community and expressed their wishes that such events should happen on regular basis as they create intercultural and inter-religion harmony.

The event was covered by all Newspapers of Omagh, including Ulster Herald, Omagh Today, and Tyrone constitution.

This website uses cookies to improve your experience while you navigate through the website. Out of these, the cookies that are categorized as necessary are stored on your browser as they are essential for the working of basic functionalities of the website. We also use third-party cookies that help us analyze and understand how you use this website. These cookies will be stored in your browser only with your consent. You also have the option to opt-out of these cookies. But opting out of some of these cookies may affect your browsing experience.
Necessary Always Enabled
Necessary cookies are absolutely essential for the website to function properly. This category only includes cookies that ensures basic functionalities and security features of the website. These cookies do not store any personal information.
Non-necessary
Any cookies that may not be particularly necessary for the website to function and is used specifically to collect user personal data via analytics, ads, other embedded contents are termed as non-necessary cookies. It is mandatory to procure user consent prior to running these cookies on your website.
SAVE & ACCEPT